Home / Family / The challenge of fatherhood

The challenge of fatherhood

It is common to hear a father proudly declare, “that’s my girl/boy” when a child excels but quick to denounce one that fell short of expectations. Fathers are wont to bask in the glory of their children’s success. The question however remains, how much influence did this father have in the development of the child?

In an increasingly virtual society, where role models can be discovered and followed by a click of their twitter handles, it behoves fathers, to start early and create visible models for their children to follow after. An attempt to mould a child’s character cannot be achieved by accident but by a conscious effort to bond with the child and win his/her confidence. This requires realignment of priorities and understanding that providing the right example for your child is non negotiable.

In present day Nigeria, there is an extant danger of fathers abdicating some of their critical parental responsibilities and turning their focus solely on the pursuit to acquire more wealth and provide adequately for the family.  While it is laudable to aspire to provide for one’s family, it is even more important to take up the challenge of fatherhood and be available to nurture these young ones. Raising a child, should not be the exclusive preserve of the mother… there is a vital place for the father.

Imagine a scenario where daddy sets out to work early, without seeing his children. He equally gets back late, sometimes after they had gone to bed. The children have never seen daddy take them to school, attend their open day or inter house sports or put them to bed. They get to see daddy only on weekends.  In some instances, both parents are involved in this dangerous routine. It is worrisome to imagine the impact of some of these decisions on the psyche of these children in the years to come. Their opinions and mindset would have been formed by people other than their parents and we stand the risk of having a society populated by children we cannot identify.

Don’t get me wrong. I am not advocating that we abandon our pursuits and sit home to raise the children. No way. I am only saying that we take out time to plan for our children and consider the implications of decisions we make on their lives. We need to make a conscious effort to be more visible in their lives.

My thoughts flow from my observations of the dilemma parents face in a society like ours, where certain core values have taken flight due to a failure of leadership. I often wonder what the children of the present working class Nigerians would be like in twenty years time and sometimes the picture I get is scary. If we are busy building financial empires and take little thought of grooming and influencing the heirs to the empire, of what use is our labour?

My pitch is simple. I believe fathers can create an indelible image in the minds of their children by playing more visible roles at home. Think of the pictures imprinted in the minds of the children when they see a daddy that does the mundane things like providing utilities (drinking water, cooking gas etc) for the house, gives them their bath, teaches them to play the piano, does their home work, cooks and pretty well contributes significantly at home. They don’t just see a daddy that crosses his legs and watches football matches all day, while ordering everyone else around. Those pictures would stick with them for the rest of their lives and they would naturally be disposed to play the same roles in their own families.

In the midst of the divergent images from the traditional and social media, the pictures from home would endure and arguably be of a higher influence than the other competing forces. The role of the parent on the child’s education cannot be over-emphasized. Education is too critical to the child’s development, to be left for the teachers alone. Fathers as a matter of necessity should be involved from the beginning. Rise up to the responsibility God has bestowed on you and challenge and inspire your children, like no one else could. Maximise that unique relationship, draw from their filial affection and set them on the right course.

I urge every father out there to take a look at their families; your family is your primary responsibility. Search and find out where you can make a difference. Surprise yourself, your wife, your children and let them know you care in ways that merely bringing in the money wont. If you think you are already doing well, then seek to do even more and outdo your past. You will be amazed what positive signals you will transmit to your family by that supposedly insignificant action.

It is an experiment that is worth a try.

Previous: Roses in the tropics
Next: Celebrating Mothers 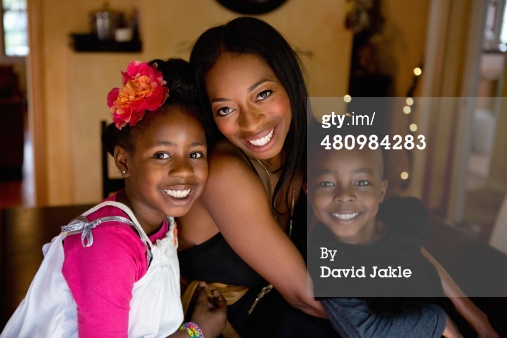