Brazil 2014 kicks off with a testing win for the hosts

As the Brazilian National team sang their national anthem passionately in that packed São Paulo stadium, I could feel the commitment of the team and it was clear that nothing but a win would be acceptable from the home team. It was quite a sight watching Eduardo, the Brazilian born former Arsenal player, join in the patriotic rendition from the Croatian bench.

The game started tentatively, with Brazil prying patiently to open up the firm wall set up by the Croatian midfield. Then Dani Alves embarked on one of his long runs from defence, leaving space for the impressive Rakitic to exploit. The move led to a fearsome cross from the old warhorse, Ivica Olic, which was inadvertently turned in by the Brazilian left back on the 10th minute. The first goal of the 2014 World Cup had been scored. It was an own goal by the unfortunate Marcelo.

Then the Brazilian barrage started, with Neymar and Oscar working their magic. Long balls from defence were proving effective in bypassing the organised Croatian defence with pace, yet the experienced goal keeper held firm.

The equalizer, typically came from a counter attack, with the wiry Oscar defying all the tackles and finding the golden boy, Neymar who finished with aplomb from distance on the 29th minute, wiping away the pain of the yellow card he had picked up a minute back.

The second half started with Brazil patiently probing as Croatia sat back in their half. Oscar was again tormenting the defence from the right. Then Modric began to draw the strings in midfield as the Croatian team gradually settled in. Brazil brought on Hernanes and Bernard in their bid to open up the game.

Oscar again found some space in the penalty area, a little touch on Fred by Lovren and the bulky striker fell on the turf like game picked off by a top marksman, conning the referee into awarding a dodgy penalty. Neymar stepped up and stroked it in, with some help from the diving Pletikosa, who got two hands to the ball but couldn’t keep it out.

As Brazil struggled to hold on to their lead in the closing minutes, Ramires was brought on to replace Neymar and repel the pressing Croats. Modric and company kept pressing till the last minute but Julio Cesar held firm and the brilliant Oscar scored a glorious goal on the 91st minute to secure victory.

Croatia played their part to serve an exciting contest, but their best wasn’t good enough as the attack minded Brazil compensated for their defensive frailties and the scourge of gamesmanship reared its ugly head once again. 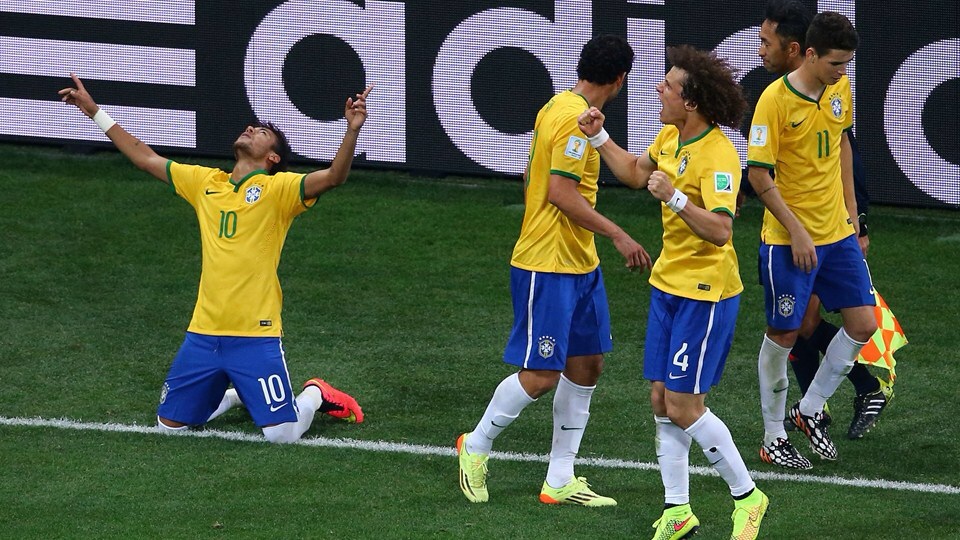 Previous: JoePraize; The Prince of Praise
Next: The World Champions outclassed by the Dutch