It was on the 20th minute that the Chilean striker; Eduardo Vargas reproduced the uncommon image of bringing the legendary Iker Casillas on his breech as his goal was breached for the sixth time in just two games. It was a game the Spanish needed to win to redeem their battered ego after the 5:1 Dutch decimation, four days before. Anything less than a win would see the defending World Champions booking an early flight away from Brazil.

The enthusiastic Chilean team however had other ideas. After securing a win from the grueling duel with the hard-fighting Aussies in their opening match, the exciting South-Americans fancied their chances of qualifying from the group.

Vincente Del Bosque had kept faith with his floundering team, sacrificing only Xavi and Pique and starting Pedro and Martinez in their place. The tweak however failed to inspire the lethargic bunch as their struggle continued. The second goal of the match duly came on the 43rd minute from a rebound on a Sanchez free kick. Casillas saved the initial kick but pushed the ball unto the waiting Aranguiz, who chose his spot and slotted home.

The second half saw Koke come on for the cautioned Xabi Alonzo as Spain sought to banish their Maracana nightmare. Busquets’ miss on the 52nd minute summed up Spain’s miserable night as he wasted the opportunity to pull one back from a rebound on a Sergio Ramos free kick.

Fernando Torres came on for the pathetic Diego Costa on the 64th minute as the Spanish Coach sought to get a response from his team. Chile brought on Gutierrez for the second goal scorer; Aranguis. The brilliant Sanchez was proving dangerous on the counter and creating panic for the weary Spanish defence.

Santo Cazorla came on for Pedro in the 76th minute as Del Bosque threw his final roll of the dice. His incisive shooting immediately created a chance that was pushed out for a corner by the Chilean keeper; Bravo, who eventually picked up the pieces from the ensuing corner kick.

The bravado of the Chilean Captain, aptly named Bravo was on display again as he saved acrobatically from a goal bound Iniesta shot and Chile took the cue to bring on Valdivia for Vargas. Bravo, wanting to preserve his clean sheet, saved again from a Carzola free kick as Chile made their final change bringing on Carmona for the impressive Vidal.

The Spanish frantic efforts in the closing minutes was not enough to trouble the organised Chileans as they celebrated their part in signaling the end of an era. The Spanish reign in world football has come to an abrupt end in the most humiliating fashion. Two defeats in two games for the defending World Champions meant Chile and Netherlands are the teams going through in this amazing group. 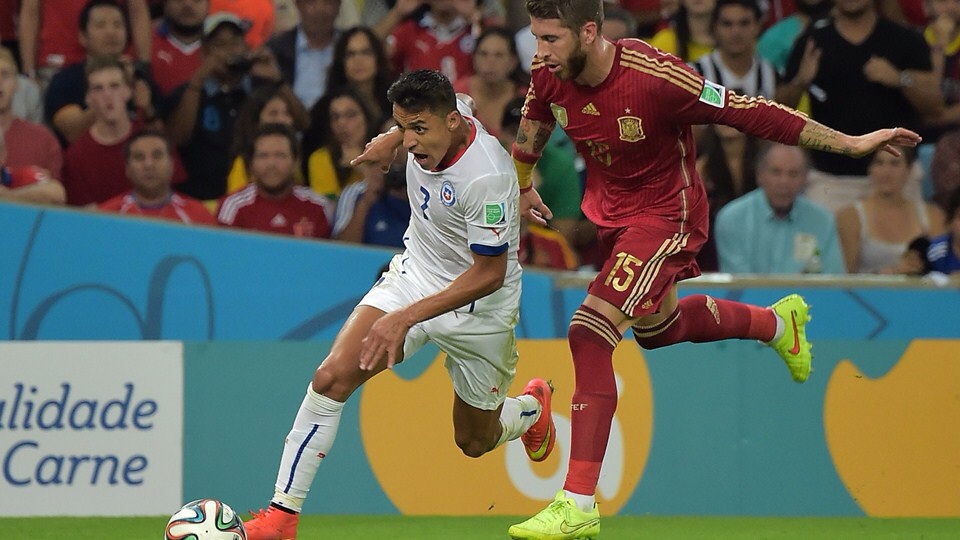 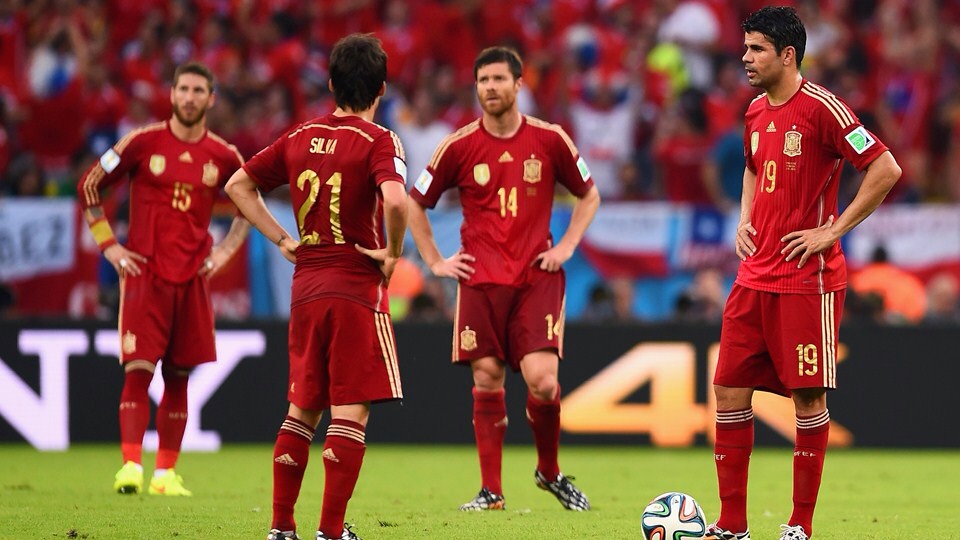 Previous: Ochoa heroics ensured Mexico shared the spoils with Brazil
Next: A thrilling encounter between the Oranje and the Socceroos