The all important game between England and Uruguay promised to be interesting as the two sides had lost their opening games and desperately needed a win to ensure their progress from their group.

Uruguay switched from the 4-4-2 formation in the previous game to a 4-3-5 formation and started with their talismanic striker; Luis Suarez. Rooney got his wish and was moved to his preferred position, in the hole behind Sturridge while Sterling started wide in his stead.

The first real chance of the game fell to Rodriguez who shot wide when a miscued clearance from Jagielka in the 16th minute, presented him with a clean shot on goal. Rooney almost got his first World Cup finals goal in the 31st minute off a Gerrard corner but his header from the back post hit the crossbar.

The first goal came in the 39th minute when an inch perfect cross from Cavani found Suarez, who with a brilliant header cushioned the ball beyond the diving Joe Hart. Sturridge almost equalised the next minute for England but Muslera saved his vengeful shot. England laid siege on the Uruguan penalty area pushing for a break but Uruguay held firm till the end of the half.

The second half started with Hart saving off the life from a Suarez corner. The pressure from Uruguay continued with England looking shaky at the back. Minutes after, a committed run from Cavani almost led to a goal but he pushed his shot wide, in his attempt to evade the on rushing Hart.

England eventually got going but Muslera saved brilliantly from a well taken shot by Rooney. Muslera pulled off another brave save from a Baines’ cross, getting injured in the process from Welbeck’s follow through.

England looked unto Ross Barkley in the place of the ineffective Sterling, who before leaving shook up Uruguay defender; Pereira with an accidental knee. England were dominating possession but couldn’t find a way through. Stuani came on for Lodeiro and Gerrard was cautioned shortly after for a bad tackle. Adam Lallana came on for Welbeck on the 71st minute as England sought the elusive equaliser.

A brilliant move from Sturridge 15 minutes from time found Glenn Johnson, who drove into the box and released Rooney and he guided the ball in, for his first World Cup finals goal. Sturridge was making a nuisance of himself in the box but Muslera did well to save again.

Fucile came on for Gonzalez as the Uruguans tried to get a grip of the game. Calamitous defending from England saw Suarez steal in behind the defence and thump in home for his second of the match. A Muslera goal kick had been mis-guided by Gerrard in midfield, leading to that embarrassing goal. Muslera stepped up again to save from a Gerrard free kick after Rooney had been fouled. England brought on Lambert for Henderson as Suarez was substituted for Coates.

Uruguay held on to win 2:1. Another disappointing outing for England and a brilliant showing by an unfit Suarez. 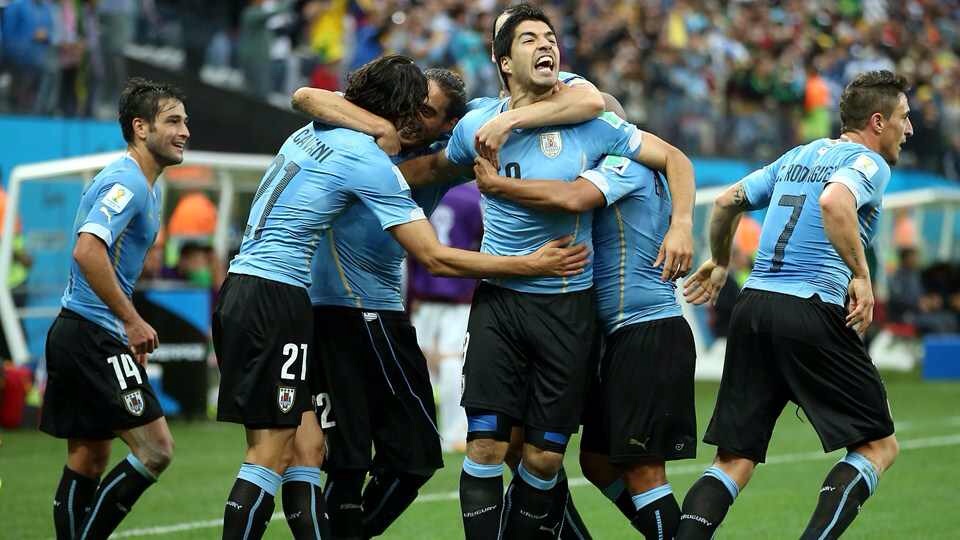 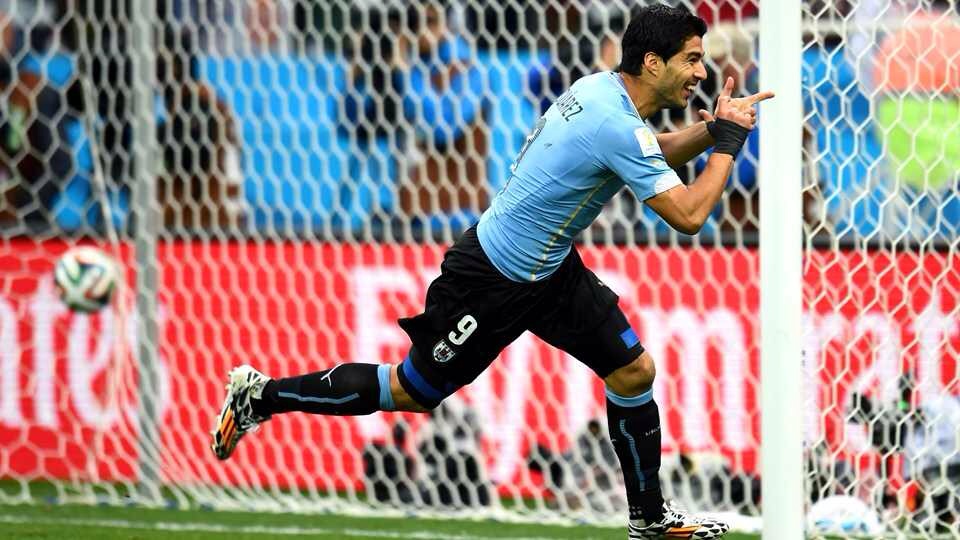 Previous: A thrilling encounter between the Oranje and the Socceroos
Next: Les Blues breeze through the Swiss challenge