Home / Football / A four star performance by the Desert Warriors

A four star performance by the Desert Warriors

Algeria lost their opening game to Belgium while Korea Republic secured a fortuitous draw with Russia through the high profile error of Akinfeev. The game between Algeria and Korea Republic would be crucial in deciding who joins Belgium to qualify from group H.

The game started with Algeria looking bright, with Feghouli having an early shot on goal that went wide. Shortly after, a close range effort by Slimani was blocked and a penalty shout waved away by the Columbian referee. The fleet footed South Koreans started getting into the game but the uncompromising Algerian defence held firm.

Ki Sung-yueng was making his presence felt in the midfield as the two teams fought to impose their game. A fabulous cross into the box by Mandi found Slimani who controlled but his poor first touch allowed a South Korean defender to clear.

On the 26th minute a fine looping pass from midfield released Islam Slimani, who held off two defenders and finished brilliantly. Algeria smelt blood and pushed for another goal and their wishes were granted with a fabulous headed goal from Rafik Halliche off a corner.

South Korea sought to get back into the game but the efforts of their attackers were being thwarted by the confident Algerians, who were passing the ball smoothly in midfield. Another long pass from deep and Slimani smartly evaded the wobbling South Korean defence to find Djabou, who finished deftly on the 38th minute. First half ended  3:0 in favour of Algeria; a dominant display by the African side.

South Korea sought to find an early goal but couldn’t find their way beyond Brahimi and Bentaleb, who were effectively bossing the midfield. A free kick just outside the box provided the perfect chance but they couldn’t take advantage. A long free kick on the 50th minute by Sung-Yueng Ki found the back of Heung-Min Son, who turned and tucked the ball in between M’Bolhi’s legs. Boughera making a mess of an innocuous cross into the box and South Korea taking full advantage.

Ibrahimi scores the fourth for Algeria on the 62nd minute, exchanging passes with the brilliant Feghouli  before sliding the ball between Jung’s legs into the net. Algeria in a great position, are happy to sit deep and wait for opportunities to counter. The onus was on South Korea to get the goals and they were looking lively and seeking to keep their hopes of qualifying alive.

South Korea got their second goal on the 72nd minute. Son’s shot was blocked from close range before Lee squared for his Captain; Koo Ja-Cheol to slot home. South Korea’s spirited effort in the closing minutes came too late as Algeria held on to get a deserved three points.

Algeria won 4:2 in a dramatic encounter; their first World Cup victory since 1982 and setting the record of the first African side to score four in a World Cup finals match. 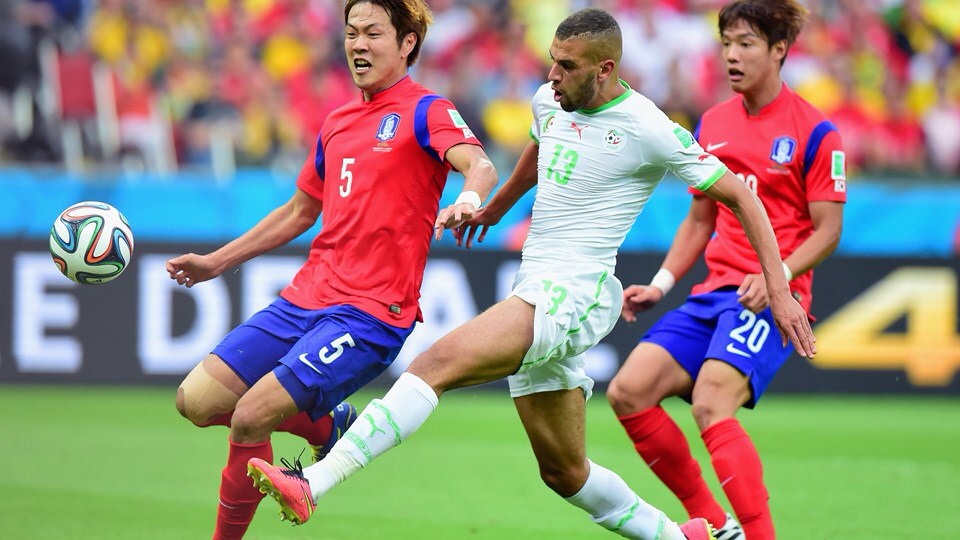 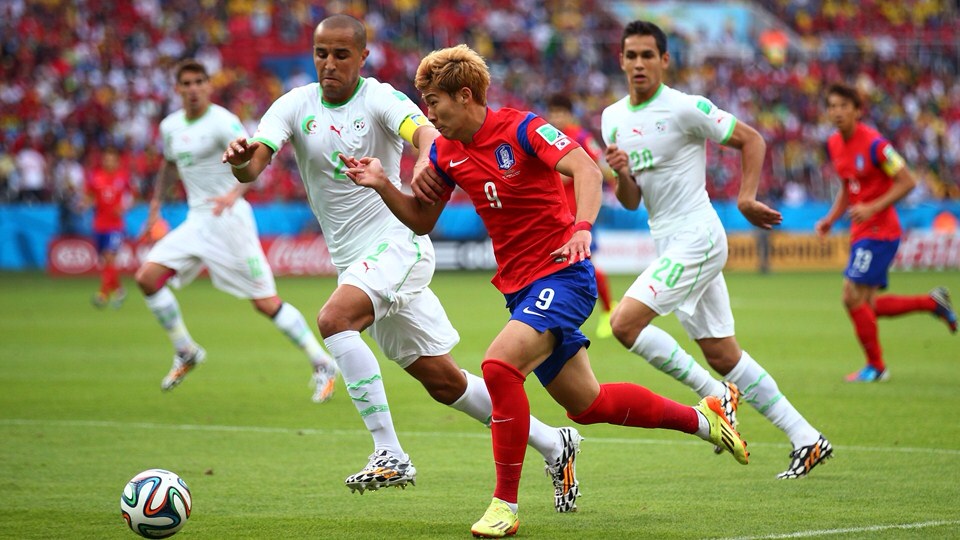 Previous: A hard fought victory for the Super Eagles
Next: Varela denies USA right at the end