Higuain's early goal enough for Argentina to hold off Belgium

The third quarter final match between Argentina and Belgium will feature two teams who have struggled to express themselves throughout the tournament. Argentina have relied on Messi to produce the magic, while Belgium have drawn from their squad depth to break down opponents. One thing we are certain however, is that this game will showcase attacking football at its very best.

The game started with Belgium controlling the game in midfield. Messi runs into space in the second minute and laid a pass for Lavezzi, but his cross was cleared by Kompany. Kompany looses the ball in the midfield and Messi shields the ball and sets up Di Maria, whose pass was cushioned unto the lurking Higuain by Vertonghen. Higuain does well to break his duck, with an opportunistic first time shot on the 8th minute.

De Bruyne shoots wide on the 12th minute as Belgium look to get back into the game. Hazard does well to win the first corner of the game on the 14th minute, but the kick was wasted. Vertonghen’s cross was headed out by Garay for a corner kick and the kick was wasted again. Argentina are looking assured in their lead and seeking to stretch their lead.

Messi wins the ball deep in his half and releases Di Maria with a defence splitting pass on the 29th minute, but Kompany does well to block the shot. Argentina are looking dangerous on the counter as they sit deep and plot to punish the Belgians. Perez comes on for an injured Di Maria on the 32nd minute.

Messi gets a pass and attempts to break into the box, winning a free kick in the process. Messi’s free kick goes agonisingly over and Mirallas heads wide from a Vertonghen cross on the 41st minute. Higuain wins a corner off Kompany but Witsel clears. Messi passes to Lavezzi but his return pass was intercepted by Van Buyten as the first off peters off 1:0 in favour of Argentina.

Marc Wilmots will have a job on his hands to inspire his Belgian side that have looked unimaginative in the first 45 minutes.

The second half resumes and Kompany fouls Higuain on the 46th minute but Messi’s floated kick goes harmlessly wide. Higuain breaks into the box on the 51st minute, but his shot was deflected wide by Van Buyten. Hazard picks a yellow for a foul on Biglia, as Argentina teased the Belgians. Courtois pushes Messi’s free kick away for a corner.

Higuain attacks on the counter, beating Kompany and firing a shot which cannons off the bar on the 54th minute. Belgium brings on Lukaku and Mertens for Origi and Mirallas on the 60th minute, as they seek inspiration from the bench. Fellaini begins to win headers in the box and had two go narrowly wide in minutes. De Bruyne’s cross on the 64th minute is deflected by Garay but Romero saves.

Vertonghen’s cross on the 66th minute goes out for a goal kick. Kompany clears the ball from the advancing Messi but Alderweireld picks up a caution for a lunge on Biglia. Palacio comes on for Lavezzi on the 70th minute as Argentina look to freshen their attack. Lukaku and Fellaini combine at the edge of the box on the 75th minute, but they fail to find the quality ball to break the Argentine defence. Nacer Chadli comes on for Eden Hazard as Belgium toil.

Messi attempts to steal into the box from the right but Kompany clears as Fernando Gago is brought on for Higuain. Argentina is passing the ball well and looking to hit Belgium on the counter. Zabaletta’s cross from the right misses Palacio in the box and Lukaku is caught offside as Belgium attack. De Bruyne’s shot is deflected for a corner on the 84th minute and Lukaku is caught offside again, as the kick is taken.

Courtois dashes out to collect the ball and foil Argentina’s counter as Belgium looks bereft of ideas. Fellaini wins a corner on the 87th minute and Romero collects the shot. Van Buyten handles in the Argentine box from a Fellaini header. Messi finds himself one on one with the keeper but Courtois does well to foil the little Argentine. Lukaku does well to hold off the defenders and cross but Witsel’s shot on the rebound went over.

Argentina showed composure and confidence in neutralising Belgium and moving ahead to the semi finals with Higuain’s first goal of the World Cup. A fine defensive effort… what a time for their hard working striker to start firing. 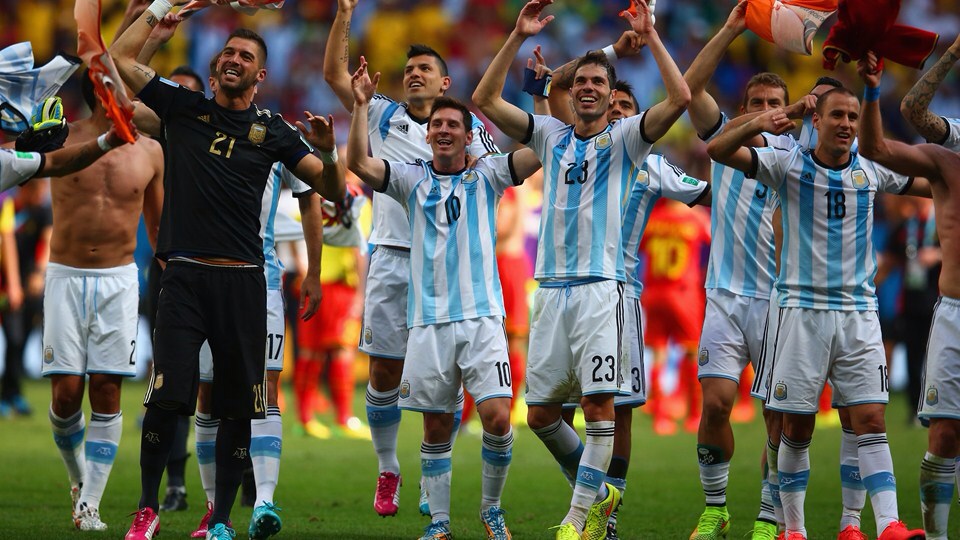 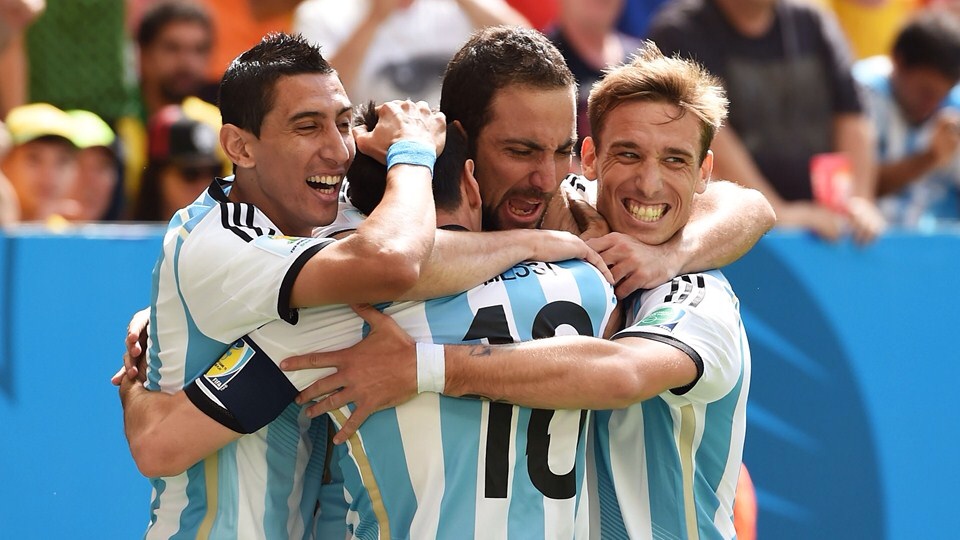 Previous: David Luiz fires Brazil into the semis
Next: Krul saves two penalties to propel the Dutch to the semis