Home / Politics / Engr. Dave Umahi and the battle for Ebonyi

Engr. Dave Umahi and the battle for Ebonyi 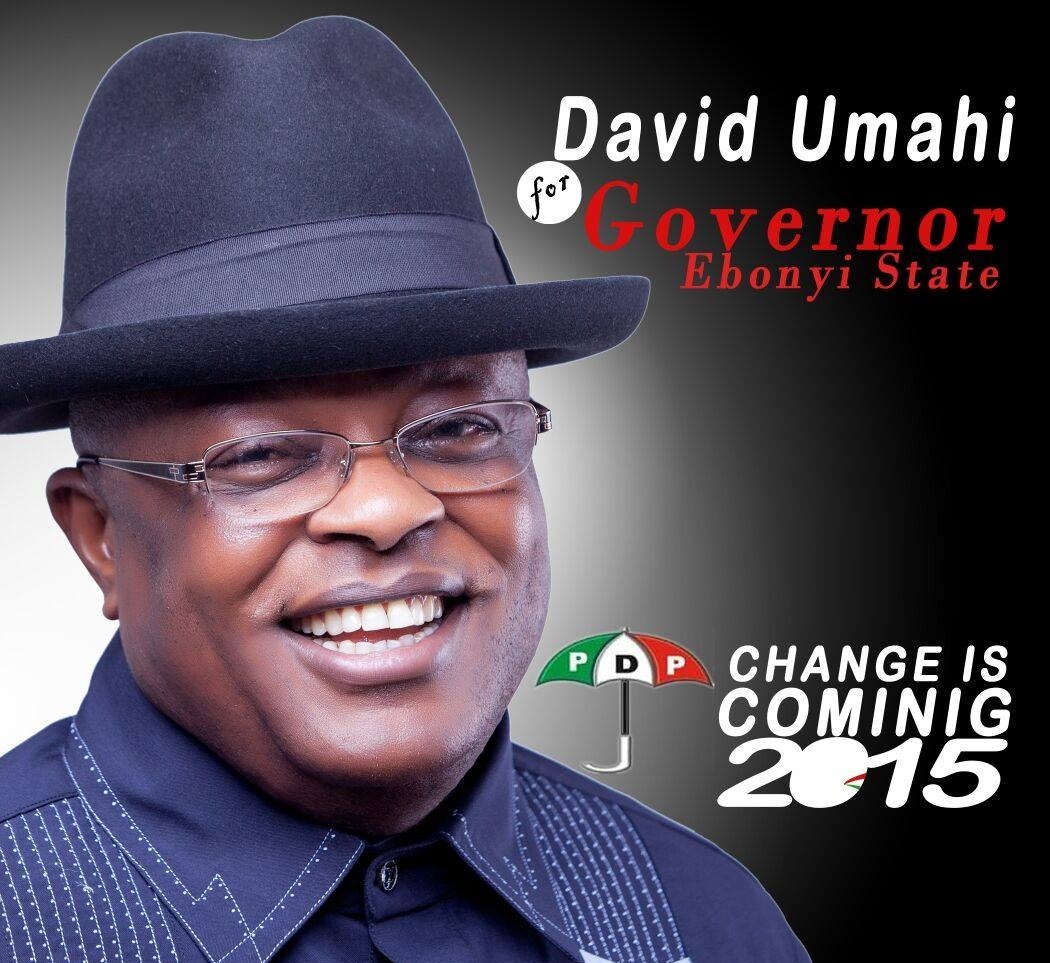 Having outmaneuvered his Principal to emerge the flag bearer of the Peoples Democratic Party (PDP) for the 2015 Gubernatorial election in Ebonyi State, Engr. (Chief) David Nweze Umahi has his work cut out for him. His political dexterity would however be put to a more severe test at the forthcoming elections, after the victory at the primaries where Governor Martin Elechi’s apparent endorsement of the former Health Minister; Professor Onyebuchi Chukwu failed to stop him.

An accomplished Engineer and founder of Brass Engineering and Construction Company Limited, Dave Umahi is the current Deputy Governor of the State and has been a constant factor in Ebonyi politics from the onset of the current political dispensation in Nigeria. He had previously served as the State Chairman of the PDP before being selected by Governor Martin Elechi as his running mate in 2011.

In making that choice in 2011, Governor Martin Elechi had this to say; “… I realised that the system we are running requires in depth knowledge of the party system, party organisation, pros and the cons of the party, its direction and mechanics… and so I zeroed in on the person of the present party chairman, Chief Dave Umahi.” With hindsight, it seems that those strengths of his Deputy, which he so keenly identified in selecting him to bolster his re-election bid, eventually botched his chances of imposing his preferred candidate as his successor.

Left licking his wounds, the Governor has since moved his political structure to the Labour Party and aligned his support to their Candidate; Edward Nkwegu from Ebonyi North (Old Abakaliki Zone). Pitching Edward Nkwegu, from the populous old Abakaliki Zone, against Umahi was aimed at checkmating Umahi and thwarting his ambitions by swinging votes in favour of the Labour Party.

However, despite all the drama, Engr. Dave Umahi is still waxing strong and remains the candidate to beat. The Zonal arrangement is in his favour… that unwritten understanding that his Zone; Ebonyi South should produce the next Governor of the State as Ebonyi North and Ebonyi Central have had their turns at the Government House. Umahi’s wealth of experience and grassroot support also puts him heads and shoulders above any other candidate. Equally, he is seen by his people, as a man with the vision and capacity to move the State forward.

The incumbent Governor’s dalliance with the Labour Party notwithstanding, it would be foolhardy for the PDP to lose a key State like Ebonyi, that has proven to be a traditional stronghold of the party. The influence of political heavyweights in the State, notably, the former Senate President and current Secretary to the Government of the Federation; Pius Anyim and the former State Governor and current Ebonyi North Senatorial candidate; Sam Egwu would also go a long way to galvanise support for Umahi.

As the April 11th date for the gubernatorial election draws close, the candidates are slugging it out in the trenches, canvassing for votes in every nook and cranny of the State. The fierce battle for the heart of Ebonyi rages on, as analysis and permutations can all go wrong if the little details are taken for granted.