After several months of grappling with the dwindling fortunes of the naira, the Central Bank of Nigeria (CBN) finally liberalised the foreign exchange (FX) market by the re-introduction of the flexible exchange rate inter-bank market.

The move, which the CBN Governor stressed, is in line with the bank’s objectives of; “enhancing efficiency and facilitating a liquid and transparent FX market”, might yet offer some respite to many stakeholders who had been frustrated by the prevailing illiquidity in the FX market. The new policy effectively removes controls on the naira and is expected to improve dollar supply and bring some relief to the ailing economy.

Though concerns still persist that the policy change wouldn’t immediately increase supply of FX to a level that will meet the backlog of demand in the system, it will sure enhance supplies from capital importation, export proceeds and diaspora remittances as confidence improves.

The policy change particularly offers huge incentives to non-oil exporters who had been hard hit by the Government’s flawed export policy, which hitherto compelled them to sell their proceeds to banks at the inter-bank rate of N199/$. Now, they would have unfettered access to their export proceeds and get better value for them, as the exchange rate would be purely market-driven.

One other major achievement the CBN will record with this move, would be a higher level of transparency in the allocation of FX to end users. This is expected to boost confidence and enhance supply from international investors.

Round tripping, one evil that had bedeviled our system for years, will equally become unfashionable as the lure to make quick profit due to the wide gap that existed between the official and parallel markets, would naturally wane.

As the flexible exchange rate inter-bank market kicks-off today, many observers are hoping that the policy would take off smoothly and ultimately restore confidence in the Nigerian economy. 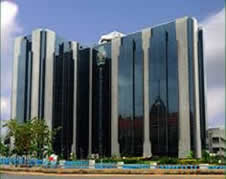