CBN’s big stick and the Naira

The implication of the ban is that the affected banks’ customers, especially those who import and export goods would not have access to the interbank forex market to make payments or issue letters of credit.

The expediency of such a decision at a time as this, when the economy is under serious threat has been the subject of debate since the announcement. Many are perplexed at the haste by the CBN in adopting such a measure that further complicates the precarious economic state of the Nation.

Unsurprisingly, the naira has been on a free fall since then, hitting an all time low of N412/$ in the parallel market by Friday as against N397/$ on Tuesday. More worrying is the fear that a further slide of the currency is on the cards if the issue is not quickly resolved.

The suspension of a bank’s foreign exchange licence in an import driven economy as ours is akin to a death sentence. It is a severe punishment that not only impairs a bank’s earnings and whittles down its sustainability credentials but also capable of dealing a heavy blow on the confidence level in the sector as a whole. In this case, the consequent disruption of the forex transactions of the banned banks’ customers has increased the pressure in the market, sustaining the drop of the naira against major currencies.

The reality is that the ability of the banks to remit these funds in view of the current illiquidity in the market is questionable. Therefore, events in the new week would be of serious interest to many stakeholders who are waiting to make decisions concerning their transactions with the affected banks.

While the CBN is well within its rights to perform its supervisory function in the way it deems fit, wielding the big stick should have been a last resort where other measures have proven ineffective. Otherwise, it would seem that the one entrusted with the task of boosting confidence in the economy is unwittingly undermining its own efforts. 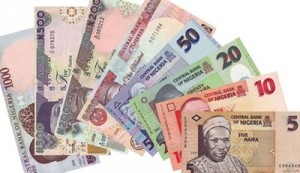