Yesterday, the National Bureau of Statistics (NBS) released the Q2 GDP growth rate and July 2016 inflation. The second consecutive quarter of negative GDP growth shows Nigeria is officially in a recession. 2016 Q2 growth rate was -2.06% which is 170 basis points worse than the Q1 growth rate of -0.36%. Negative growth in two consecutive quarters they tell us is technical recession. The report also showed that inflation grew from 16.5% in June to 17.1% in July.

This government has played ping pong with my hope to say the least. They have inflated and deflated it in unequal measures. When the decimation of Boko Haram looked apparent, my hope rose but when the atrocious plundering of the Fulani Herdsmen elicited no responses my hope waned. When the fight against corruption was unveiled my hope ticked up but when after “a long time” there was no prosecutions while the larceny of public wealth continued in hushed tones, my hope tucked down. When eventually they decided to let the Naira save itself by unveiling the FX management policy that included ceding exchange rate determination to market forces, introduction of the FX Forwards and Futures my hope was buoyed but when “market forces” held the exchange rate hostage at $/N280 using the same magic they used to keep it under $/N200 my hope whittled not just a bit. I walked the edge of hope anaemia when the NDA matter got the nurturing and the handling it received. When Banks were banned from the FX market I began to understand that we are all rational in different ways.

While I could deal with the volatility of my hope, it was after the last MPC meeting that I left hope to care for itself while I focused on managing my anger. It was about my inability to understand why the MPC moved the MPR to 14% in an economy that is in dire need of reflation. We were already having rehearsals for (the now official) recession and so demand risk was so high because the purchasing power of the population was and is still eroding, inflation was headed north together with other costs. So I could not understand why the MPC increased cost further by technically increasing borrowing cost by a whopping 200 basis points. The primary task of these guys and indeed government everywhere is to create the right environment for economic growth? So it is depressing to see that they are increasing cost for businesses at a time margins are thinning out at the speed of light.

The whole FX policy reform in my view was about attracting Foreign Investors. Never mind that we treated the same foreign Investors like scum just about a year ago. Let me clarify.

Foreign Portfolio Investors are profit hunters and I do not think that they develop any economy but they have their uses. They were the ones that midwifed the Asian Contagion in 1997 and the history of that crisis schooled us enough. We have seen their good and not-so-good sides in Nigeria too. It was largely on the back of FPIs that SLS, then governor of CBN stabilised the NGN when it came under pressure in 2012. He liberalised capital account transactions and allowed them to play in investment instruments of any tenors. As the fractious election campaign we had in 2014/15 raged on and crude oil prices went on a tail spiral, those investors that came in 2012 (to buy 16%-ish yielding government securities and to bid up the likes of Nestle to N1000 per unit even while milo tasted the same) started leaving. Those capital reversals combined with the slow pace of Reserve accretion from crude oil sales to bring us to where we are today. While all these went on, we did nothing about the rising demand for FX as we imported everything. Therefore, from day one of this crisis, we always knew that the problem was dollar supply. We opted to be yanked off the JP Morgan Emerging Market Bond Index nonetheless.

Fast forward to June 2016. We now want foreign investors to come back to invest in high yielding government securities and in my opinion equities that are currently discounted. We hope they will come with a lot of dollars to boost our dollar supply, make huge returns from investing in risk free instruments while at the same time hedging out their FX exposures with the right Futures contracts which we have also incentivised. Otherwise, how do you explain today’s April 2017 contract at NGN262 when the most optimistic outlook for exchange rate for the same period is probably between $/N350 – 380. That’s a NGN88-118 per dollar incentive to bring in fresh capital and/or defer maturities to ease demand pressures. Just to put this in perspective: if you buy an April 2017 $1mn NDF today and settle it in the spot market in April 2017 at $/N380, Nigeria will pay you [1mn*(380-262)] to help minimise the risks arising from the increase in exchange rate. The big question is why are the investors not coming? Why are they not coming to an economy that ticks almost all the right boxes? Assurance of high returns; Assurance of ease repatriation of capital and profit and Opportunities to hedge out exchange rate risks? WHY?

My guess is that this government has destroyed market confidence. The policy flip flops has drained trust from the system. The investors know that the exchange rate is still being manipulated. Evidence? The rates are not moving while few trades are being completed in an environment where you have a huge demand overhang. That’s not how demand and supply forces interact. Another evidence of low confidence: Europe is operating a negative interest rate regime. Why is money not leaving Europe for Naija? We made it so. That’s probably why asset prices in the US are breaching the 2007 (pre subprime crisis) levels. Capital is flying to the US to earn less than 1% when we are offering twenty something percent. That differential is a gauge of the risk premium these guys have put on us. Is there any reason to blame them? Why should you blame them when by banning your own banks from a market that owes the investors close to $5bn you summarily indicated to them that you are unwilling to support these banks? Should we focus on that? No! Why? It is PDP’s problem. It is the problem of those of us who were not wise enough to cross over to the APC before the election. Our foresight in porting from the PDP to APC exonerates us. It is sufficient expiation for our “past” sins of larceny. We have now repented! Old things have passed away and our new found piety will spread and cure the land.

If you started life in a village nursery school like myself, you may have come across such a teacher as the one I had at a point who taught me that 2 can never divide 3. When the class asked what you should do with [3 ÷ 2] he did not waste time in telling us “you throw it away”. Now I know better! I cannot forget that experience not just because of how comical it is but also because it points me to the seldom value of simplistic thinking, such simplistic thinking as we need today.
On Improving the supply side of foreign currency

On Reining in Demand for FX

In closing, this is the best time for entrepreneurship to thrive in this country. We cannot just criticise the government (even as they deserve it) and take no action. The Chinese character for crisis and opportunity are the same and that drives home the point that in this crisis or what you may call fleeting opportunities, while you slept, complained or wrote “beautiful” articles, some new billionaires are being minted. 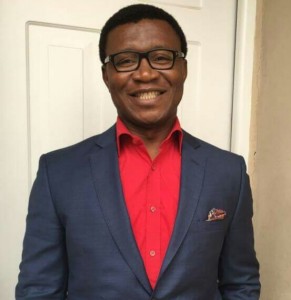