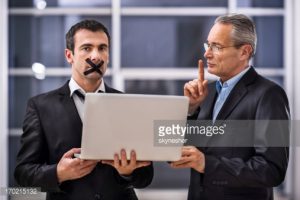 While we are addressing the rampant trend of domestic abuse cases in Nigeria, I feel it is crucial to draw our attention to a similar vice that many choose not to talk about, yet it’s impact in the society could be even more insidious.

There is no gainsaying the fact that verbal abuse is endemic in the workplace in Nigeria. This worrying trend cuts across many industries and incidentally gets even more toxic in the perceived “professional” circles. The banking industry is one of such arenas where a culture of abuse has not just gained access but has become well entrenched, to disastrous effect. Many are scared to turn up at work, not because of the tedious task awaiting them but in dread of the virulent assault they would have to endure. Many more live on the edge and trudge on at a great risk to their lives and relationships, in a desperate bid to retain their jobs.

In my banking career spanning over 18 years, I encountered all sorts, from those who would hide under the facade of fatherly or spiritual guidance, to the brutes and even the downright deranged. Initially I was so hot headed and wouldn’t back down but over time, I mastered the art of dressing myself, as it were, in hides as thick as the Rhino’s to silently but defiantly stave off the barbs.

“Shredding” is a term regularly used in the industry and conveys the image of the bully, just like a shredding machine, tearing the victim into tiny little pieces. Oftentimes, you could see the glee in the eyes of the “shredder” as he rips into his prey. The delight heightens, when he senses fear as the victim cowers or whimpers in agony and helplessness. 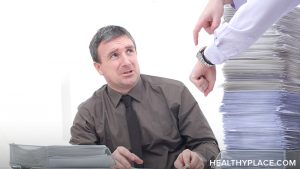 Andy Teach, author of From Graduation to Corporation, reasons that workplace bullies are probably the same people who bullied their classmates in the schoolyard. “They have a need to push people around to get their way and if no one stood up to them in school, then they have no reason to stop their bullying now in the business world.”

Deny them the power of control and they will probably make full use of the authority they wield to get rid of the irritant. They might however retreat and stay under the radar, if they perceive that their position could be under threat and look for other non-assertive targets they can prey on.

According to Kellie Holly, a clinical mental health counselor, the definition of verbal abuse can be expanded to include; “any language or behavior that seeks to coerce its victim to doubt their perceptions or their abilities and subjugate themselves to the abuser.” She further posited that; “Verbal abuse is the most common way to attempt to control the behavior, thoughts, and feelings of another human being. Controlling behaviors are designed to manipulate people into doing what the abuser wants them to do under the guise of love or respect or abject fear.”

Control is the key word in the quote above and brings home the fact that the perpetrator’s actions are intentional and modeled to upset, annoy or offend. They set out to bring in doubt and confusion in the victim’s mind concerning their beliefs and perceptions. Then gradually but crucially progress to brainwashing and destabilisation of the mind. This is a dangerous place to be and could lead to serious psychological effects like fear, anxiety, depression, stress, sleep/eating problems, irritability, alcohol and drug abuse and even suicide.

The big question then is, if verbal abuse is indeed this dangerous, why then are many employers and leaders not concerned or are not doing enough to check this problem? Could it be that many at the top of our organisations are guilty of the same vice and therefore easily turn a blind eye to this cankerworm that is debilitating the workforce?

Whatever the case may be, our business leaders, who trivialise such incidents are doing a great injustice to their organisations and the society at large. This is because such events in the workplace impacts negatively on employees’ personal lives and have been known to translate to domestic abuse.